In Albenga’s hinterland, not far from Finale Ligure, there is an unspoilt valley, covered in cherry trees, olive groves, mushrooms and truffles: a biological abundance which exists thanks to the presence of the Pennavaire, the thriving torrent which flows vivaciously and wild. A dense network of paths joins up the various hamlets surrounded by woods, medieval historic centres and bridges from another era.

If you are tired of crowded crags and car parks, the fines and the locals who stare at you as if you were all vandals, this is the place for you!

Here the few local inhabitants see climbing as an opportunity to develop, and their welcome is magnificent. It is possible to lose oneself among the greenery without ever seeing humans, and it is possible to jump into the torrent naked, discovering a roe deer spying on you.

The crags are splendid. The climbing is modern, consisting of long and sustained pitches, well bolted following the modern concept of safety, due to the recent discovery of this area vertically speaking. The crags range from the first ones in the nearby area of Castelbianco, among which Terminale and Erboristeria, to the new gems in the upper valley, with their base being the hamlet of Alto.

And to cap it all, this is where Liguria’s high difficulty is being developed: this is the area where it is possible to find climbing champions climbing on impossible grades.

Matteo Gambaro was born in Cuneo on the 10.11.1974 he studied at the Turin High School of Sport, he started moving his first vertical steps in 1992 on the crags of the Cuneo and Finale area. After only 8 months he climbed on grade 8 and started his long experience in competitions which brought him to win lead in the Italia Cup in 2005 with many international experiences, alternating with many ascents among which the famous Noia 8c+ (1999) stands out, Azione Diretta F.a. 8c+/9a (2009 never repeated), Abisse 9a (2012), Perfect man 2.0 9a f.a. (2015), Esclatamaster 9a (2019), Narcissus 9a/+ in Albenga (2021) and Comité d’accueil 9a in Seranon (Fra) (2022). From 2009 to 2016 he established and managed together with Elene Chiappa Posto di Blocco Climbing Village with climbing gym, bar and shop. A National Fasi route setter he has organized many competitions among which the boulder Italia Cup in Cuneo in 2009 and many numerous regional competitions (Tcc) as well as important meetings such as Mdv, Bloc Pennavaire and Cervino boulder block. He has moved to Cisano sul Neva since 2015 starting a proper vertical revolution in Val Pennavaire with over 300 lines from 8a to 9a+, adding to this valley, which was already famous for its climbing, many high level lines which were totally missing previously. 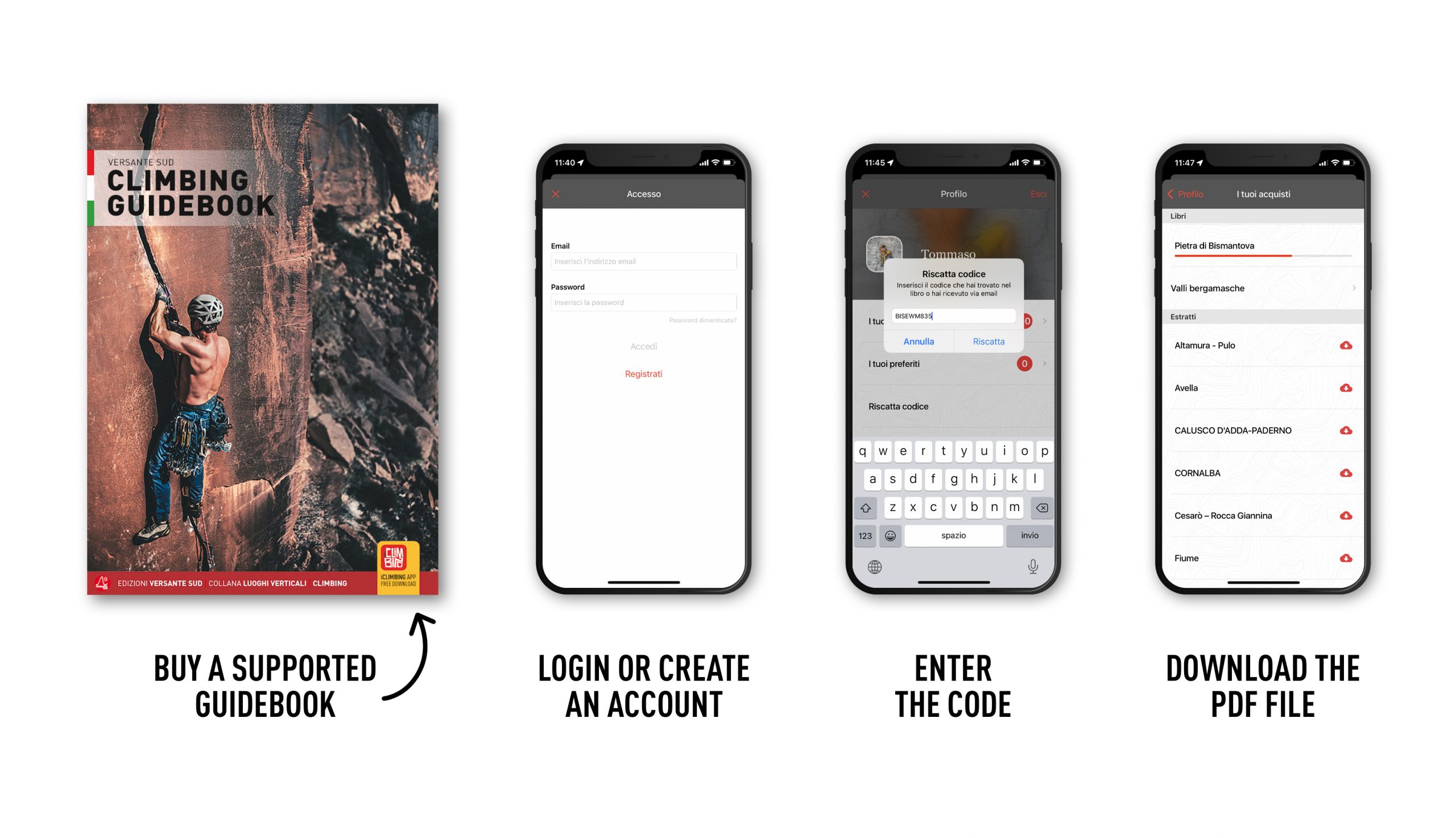